David Lehr (J1) hat letztes Jahr 8 spannende Monate an der St. Michaels University School in Victoria, Vancouver Island, Kanada, verbracht, bevor ihn Corona vorzeitig nach Hause schickte … Hier ist sein Bericht:
Corona…a topic that currently concerns everyone around the world. Some are more affected, some less. For me, this virus ended my year abroad. When I decided about 1 ½ years ago to go to Canada to a boarding school on Vancouver Island for a year, I didn’t know how my year would go, but I could never have imagined that it would be ended by a new virus.
However, no one can take away the amazing 8 months I could spend there. Those 8 months were embossed by a lot of amazing moments. The first day of school, everything was new. Fellow students showed me my room, the school campus and the city in which I would now be living for quite a while. It was also the day I met many friends, which I will never forget. These friends were to become my new family and I really enjoyed not only hanging out with them but also going on cool trips. Shortly after school started I went on a rock-climbing trip in the mountains. Two days of intense climbing (Skaha bluffs, Penticton, BC, see picture) and one day of heavy rain, which we spent in the swimming pool. That’s also where I meet my new “best” friend Gareth. Gareth is an awesome bloak from South Africa with a very characteristic British accent. With him and many other friends we later went on some fabulous skiing trips to the local mountain (Mt. Washington, a three-hour drive by school bus away) and more remote resorts (Mt. Baker, Whistler). We had some awesome and exciting times together that we will never forget.
So much for the trips and now some words about the school and my daily life. St. Michaels University School (SMUS) is a school in the city limits of Victoria with day and boarding students. That means that I had many local Canadian class mates but also students from all around the world, including some really cool guys form Germany. However, since there were always non-German speaking students along, we never spoke German for more than one or two sentences. The teachers there were very friendly, open-minded and receptive to all the problems students may have had. The language may have helped in that respect. In English there is only „you“ instead of „Du“ and „Sie“ as we have it in German. This means talking to teachers appeared less formal, albeit not without the necessary respect.  In addition, the teachers there were almost always available for boarders because many of them were still at school during the prep-time from 7-9 p.m. and could help with homework or when we needed help to study for an exam. Because of differences in the curricula between Canada and Germany, it became rapidly obvious that I had to change some courses, such as Mathematics and French, where I selected the 12th grade classes instead of the 11th grade classes, but all that was organized by the school in no time at all. I also took on Economics 12 instead of a so-called “Capstone” seminar where pre-university statistics was taught at a rather sophisticated level. School started at 8:10 and ended at 3:25. A school day consisted of five 1h periods, an assembly “homeroom” time, and a 1h lunch break (the one and foremost negative experience: food services were outsourced to the cheapest and worst caterer you can imagine and the food truly a nightmare). Everyone had to take an athletic activity after school, starting at 3:25. I selected rowing which was hard work but a lot of fun. As I got more and more into rowing, I was accepted into the competitive rowing team of the school which meant that I had to go to the training even on weekends.
As an 11th year student I had quite a few more freedoms that younger students: I was allowed to go into town, provided I signed out and came back on time. And on time meant – on time. When I once came back only 3 minutes late, I had to clean all the door handles of our entire boarding house. You do this only once. On weekends, I could leave the school if my parents signed a leave request form online and stay with my friend Gareth or with other families, and I once even took a trip to Vancouver to go to a concert.
In which perspective was school in Canada different than at DHG in Meersburg? Of course, boarding is quite different from living at home. I learned to organize myself, enjoyed the degrees of freedom and the chance to go to amazing places to ski, row, climb, or just hang out. Also, living in a boarding house comes with new and special aspects, some which you may like (i.e. house games, relaxed hang-outs, pizza dinners, ….), some maybe less (i.e. morning chapel, which is like a “Predigt” in church without a specific religion). In school, it quickly became apparent that we were rather coached and guided than kept on a short lead. That came with a heightened degree of responsibility, but – as I said – there was always someone around who we could turn to for advice, including our “house parents”. In fact, my favorite house parent was also my economics teacher, Mr. Lilly. Overall, I can say that these 8 months that were shaped by so many great experiences and adventures were incredibly important to me. I did not only develop in school, but also mentally and character-wise. If anyone is considering such an experience for him- or herself, please do not hesitate to contact me for further tips and advice. 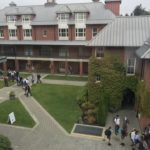 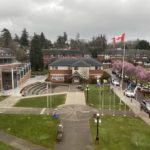 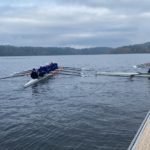 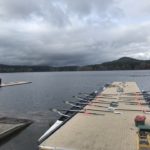 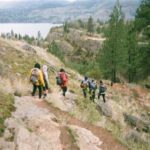 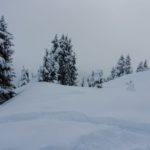 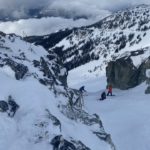 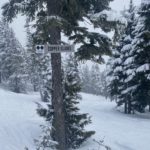 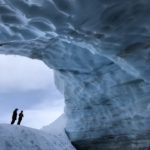